Tata Steel Group is among the top global steel companies with an annual crude steel capacity of 27 million tonnes per annum (MTPA) as on March 31, 2018. It is the world's second-most geographically-diversified steel producer, with operations in 26 countries and a commercial presence in over 50 countries. The Group recorded a consolidated turnover of US $20.41 billion (INR 133,016 crore) in FY18. Tata Steel Group is spread across five continents with an employee base of nearly 74,000. Tata Steel retained Industry Leader position in FY18 and ranked second overall in the DJSI assessment, 2017. The Company has been recognized as the Climate Disclosure Leader in 'Steel category' by CDP (2017). Besides being a member of the World Steel Climate Action Programme, Tata Steel was felicitated with several awards including the Prime Minister's Trophy for the best performing integrated steel plant for 2014-15 and 2015-16, Best Risk Management by CNBC TV18 (2018) and 'Corporate Strategy Award' by Mint (2018). The Company also received the 'Most Ethical Company' award from Ethisphere Institute for the sixth time (2018), Steel Sustainability Champions (2017) by the World Steel Association, Dun & Bradstreet Corporate Awards (2017 & 2018), Golden Peacock HR Excellence Award by Institute of Directors (2017) as well as 'Asia's Best Integrated Report' award by the Asia Sustainability Reporting Awards (2017), among several others. 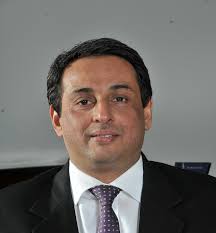 Mr. T. V. Narendran is a Mechanical Engineer from NIT Trichy (1986). He joined Tata Steel after completing his MBA from IIM Calcutta in 1988. He is a Chevening Scholar and has also attended the Advanced Management Programme in CEDEP-INSEAD, Fontainebleau, France. He is a Fellow of The Indian National Academy of Engineering (INAE), and is a recipient of Distinguished Alumnus Awards from both NIT Trichy and IIM Calcutta. He has more than 30 years of experience in metal and mining industry. As the CEO & Managing Director of Tata Steel Limited, Mr. Narendran oversaw the successful acquisition of Bhushan Steel Limited, and is currently actively involved in the negotiations with Thyssenkrupp for formation of the “Thyssenkrupp Tata Steel Joint Venture” which would be the second largest steel maker in Europe. Mr. Narendran was the Managing Director of Tata Steel (India & South East Asia) before he was elevated as the CEO & Managing Director, Tata Steel Limited on 31st October, 2017. As the MD of Tata Steel (India & South East Asia), he successfully executed and commissioned one of the largest greenfield projects in India, the Kalinganagar Steel Plant in Odisha, which achieved its rated capacity within a very short span of time. It also enhanced Tata Steel's ability to deliver steel to higher value segments like the automotive and the oil & gas industries. Mr. Narendran's career in Tata Steel spanned many areas in India and overseas, including Marketing & Sales, International Trade, Supply Chain & Planning, Operations and General Management and includes stints at Jamshedpur, Kolkata, Dubai and Singapore. Before becoming the MD of Tata Steel in November 2013, Mr. Narendran was the Vice President - Safety, Flat Products & Long Products from 2010. Mr. Narendran was actively involved in Tata Steel's first overseas acquisition, NatSteel, and was seconded there as an Executive Vice President in 2005. He took over as the President & CEO of NatSteel from January 2008. Mr. Narendran is currently on the Boards of Tata Steel Limited and Tata Steel Europe. He is the Chairman of Bhushan Steel Limited and the Board of Governors of XLRI Jamshedpur. He is a member on the Board of the World Steel Association and is a member of its Executive Committee. He was the co-chair of the Mining & Metals Governors Council of the World Economic Forum from 2016 to 2018. He is also a member from Indian side in BRICS Business Council, and is a member of the Indo-French CEO council. He is a member of the National Council of CII, and is the former Chairman of CII Eastern Region and the Jharkhand State Council of CII.