JSPL is an industrial powerhouse with a dominant presence in steel, power, mining and infrastructure sectors. Part of the US $ 22 billion OP Jindal Group, the Company is continuously scaling its capacity utilization and efficiencies to capture opportunities for Building A Nation of Our Dreams. Led by Mr Naveen Jindal, the youngest son of the legendary Shri O.P. Jindal, the company produces economical and efficient steel and power through backward and forward integration. JSPL’s business operations span across the states of Chhattisgarh, Odisha and Jharkhand in India, where it operates some of India’s most advanced steel manufacturing and power generation capacities of global scale. JSPL has created cutting-edge capacities to produce upto 9.95 Million Tonne Per Annum (MTPA) Iron through a judicious mix of Direct Reduced Iron (DRI), Blast Furnace and Hot Briquetted Iron (HBI) Routes catering to its 11.6 MTPA* Liquid Steel making capacities across three locations in India and abroad. The company has a well-spread out installed finished steel capacity of 6.55 MTPA prudently spread over Bar Mills, Plate Mills, Rail and Universal Beam Mill (RUBM), Medium & Light Structural Mill (MLSM), and Wire Rod Mill. JSPL’s captive iron ore mines at Tensa, Odisha have a production capacity of 3.11 MTPA. The company owns and operates combined power generation capacities of 5034 MW including the 3400 MW O.P. Jindal Super Thermal Power complex at Tamnar, Chhattisgarh. Alongside contributing to India's growth story the company is driving an ambitious global expansion plan with its sights set on emerging as a leading transnational business group. The company continues to capitalise on opportunities in high growth markets, expanding its core areas and diversifying into new businesses. JSPL’s global operations include a 2 MTPA integrated steel complex at Sohar, Oman and 6.6 MTPA coal-mining operations spread across South Africa, Mozambique and Australia. The company’s export portfolio is growing by the day with an existing export footprint in 22 countries. From the widest flat products to a whole range of long products, JSPL has a unique product portfolio that caters to markets across the steel value chain. JSPL has pioneered production of Hot Rolled Parallel Flange Beams and Columns in the country. The company produces the world’s longest 121-metre long rails and is the first in the country to manufacture Head Hardened Rails for high speed trains and metros. The company’s plate mill at Angul is capable of producing 5-meter-wide plates – the widest in the world. JSPL manufactures high strength Jindal Panther TMT Rebars equipped to withstand shock loading and cyclic loading condition making them an ideal choice for buildings in high seismic zones. In addition, JSPL also manufactures customized steel products like Weld Mesh and Cut & Bend Rebars aimed to speed up the construction process. It has won several awards for its innovative business and social practices. JSPL has been rated as the second highest value creator in the world by the Boston Consulting Group, the 11th fastest growing company in India by Business World and has figured in the Forbes Asia list of Fab 50 companies. It has also been named among the Best Blue Chip companies and rated as the Highest Wealth Creator by the Dalal Street Journal. Dun & Bradstreet has ranked it 4th in its list of companies that generated the highest total income in the iron and steel sector. The company endeavors to strengthen India's industrial base by aiding infrastructural development, through sustainable development approaches and inclusive growth. It deploys its resources to improve infrastructure, education, health, water, sanitation, environment and so on in the areas it operates in. 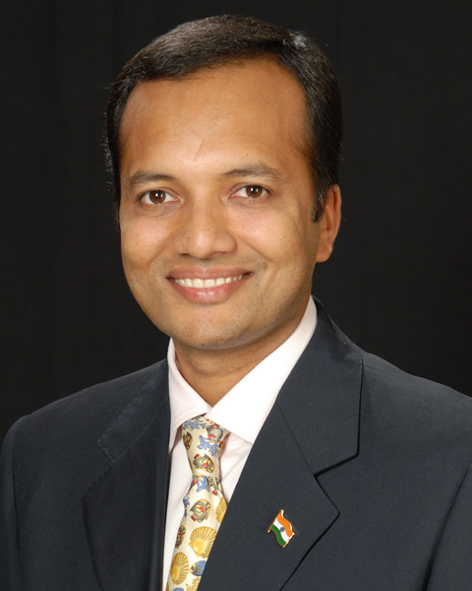 Mr.Naveen Jindal is the man behind the transformation of a moderately performing company into a world class organisation. After consolidating its position as a leading player in the steel, power, mining and infrastructure sectors domestically, JSPL has now international operations in Africa, Oman, Australia and Indonesia besides its wide spread presence in India. He has been ranked amongst the Asia’s 25 Hottest People in Business by the Fortune Asia magazine for turning a struggling steel company into an Asian blue-chip giant. He has also been ranked as India’s Best CEO by Business Today based on a BT-INSEAD-HBR study of top value creators for the period 1995 to 2011. JSPL has been rated the Second Highest Value Creator in the world by the Boston Consulting Group (BCG) of USA. Also, in 2011 he figured in the Economic Times-Corporate Dossier list of India Inc’s most Powerful CEO’s. India Today named him among the Most Influential People in the state of Haryana and Ernst & Young conferred upon him the Entrepreneur of the Year Award in the field of Energy and Infrastructure in 2010.